Hej! As Founder of aalva and former Startup Lead at Capgemini Scandinavia, I am passionate about technology and the impact it has on improving consumers' lives, sustainable business, and service-led thinking. As a director of innovation strategy across Fortune 500 brands, I have shared insights to various publications and panels. I earned my MA in Marketing in London, where I spent my early career in digital advertising roles before working as Head of Innovation for Kinetic WPP North America to commercialize the emerging smart city in New York. I have immersive experience in the US + European tech startup & VC ecosystem as a continuous thread in my career, including having founded a 500 Startups Nordics-backed company. I have now found my home in Stockholm and am always happy to meet for a kardemummabulle fika in one of the city's many cafes. 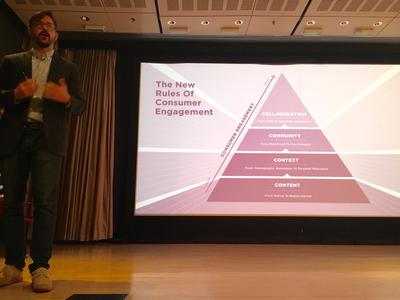 The New Rules of Consumer Engagement

PSFK organized their outline of “The New Rules of Consumer Engagement” along a “push to pull” pyramid at the recent PSFK 2016 Future of Advertising Conference. At the base level is content representing “push,” with collaboration representing the pinnacle of “pull” at the top of the pyramid. With ad blocking on the rise (from $54 million to $121 million according to Ad Blocking Goes Maintstream, PageFair, 2015), “pull” content is the holy grail of marketing. We’ve all heard “content is king” si 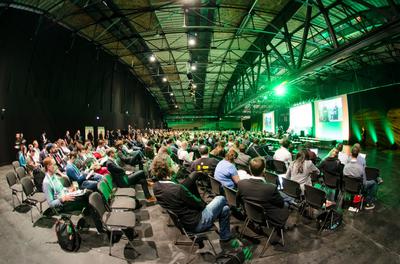 Demographics Are Dead: Here’s How To Know Your Audience

This year at TechCrunch Disrupt New York, Brooklyn’s waterfront set the stage for discussions with leaders in the tech ecosystem, mainly those from the local area. While every attendee walked away with a different experience as it pertains to his or her own interests, a key theme that stood out was that demographics are no longer relevant; rather, understanding a target group is ultimately about the audience behavior. There were a few panels that highlighted this audience-based sentiment. I hav 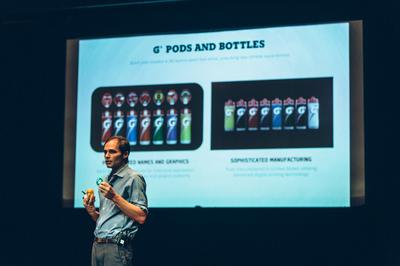 As an overarching mission, PSFK’s 2016 conference was fittingly titled “Ideas that Transform.” The PSFK team – led by its founder Piers Fawkes,– consistently provides a forum for open discussion, bringing in the most passionate speakers from various fields. After listening to the talks and engaging in the one-on-one discussions that followed, what I took away from this year’s event was that brands are considering the end user’s brand experience beyond the ordinary and expected; leveraging techn

“Being an adventurer and an entrepreneur is not that dissimilar.” – Sir Richard Branson, Tribeca Film Festival 2016. These words by Sir Richard Branson resonated with me when I saw him speak at Tribeca Film Festival recently, following the screening of his documentary entitled “Daring to Dream” surrounding the events of Virgin’s hot air balloon mission across the Atlantic. The film exemplifies the idea of seamless entrepreneurship, defying the status quo and reimagining advertising content in 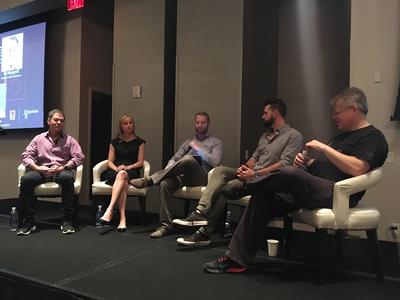 In true SXSW form, I was greeted at the W Hotel entrance on my way into a session by Mark Cuban. This interaction set the tone for the rest of my morning as I joined a stand-out breakfast symposium that aimed to explore the blurred lines of technology meeting branding titled “Let’s Break Tradition: Virtual Reality in Public Relations” hosted by PRWeek & MSLGROUP. As Robert Scoble transitions from his post next month as Rackspace’s Futurist to UploadVR’s Entrepreneur in Residence, I was interes 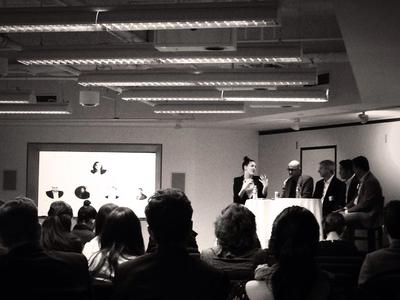 Much of today’s attention in the fashion tech world has turned to wearables and IoT. However, if we peel back a layer of this technology progression, we will find that we have yet to crack the mobile code. Fashion Digital’s FD Mobile event, recently held at Digital Sandbox in the Financial District, explored those questions that are still unanswered. The “Location-Based Selling”panel featured some of the digital experts and founders focused on solving the current problems and creating new stand 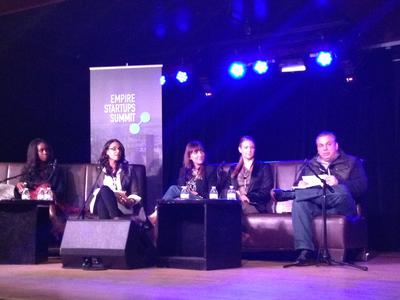 The future of fashion tech begins in a chemical laboratory, where one woman dons her best hardhat and most fashionable goggles. This woman is Asmau Ahmed, CEO and engineer of Plum Perfect. She was among three other women on the ‘Future of Fashion Tech’ panel at the 2014 Empire Startups Summit, a two-day conference that took place at Webster Hall this last week. The panel’s other leading women of fashion tech included: Lisa Morales-Hellebo, co-founder of New York Fashion Tech Lab; Aubrie Pagano, 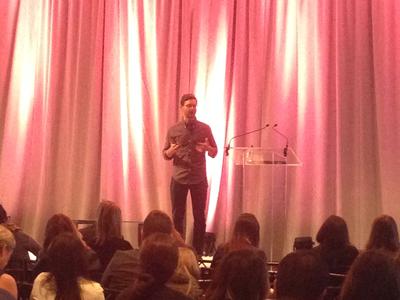 What the Retailers Had to Say at Fashion Digital NY 2014

Fashion Digital brings together innovative retailers with top publishers and e-commerce experts to meet, discuss and solve some of the most challenging problems facing the apparel retail industry in the digital space. Last week, industry leaders gathered at Chelsea Piers to learn about the latest trends, obstacles and solutions that the fashion industry has encountered recently. Panels ranged from discussing innovation labs and investment in emerging technology, to the CEO and co-founder of War

Marley Kaplan is driven by bridging innovation in the tech sector with the marketing landscape. Through her consulting work with mkThinkTank and thought leadership contributions to noted tech publications, Kaplan creates context in trends and insights surfacing from the startup/early stage technology ecosystem to ignite innovation in the larger media landscape. Keep up with Marley: Twitter LinkedIn 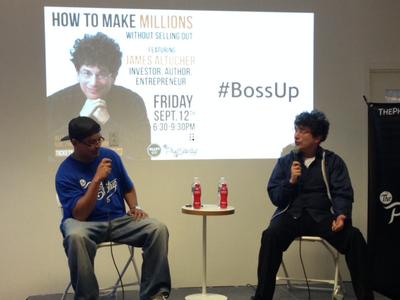 James Altucher Tells Us How to Make Millions Without Selling Out

James Altucher was a loser in the most literal sense of the word. He lost millions of dollars, his home, his family life, and his will to live. That was many years ago. Now Altucher is known as a “Jedi Master,” a “Guru of Happiness,” and most poignantly, a “mentor.” Altucher has built his current career off of highlighting his failures and sharing what he has learned from them. As an author, blogger, podcaster, investor, trader, and entrepreneur, he has brought much to the table in his books “C 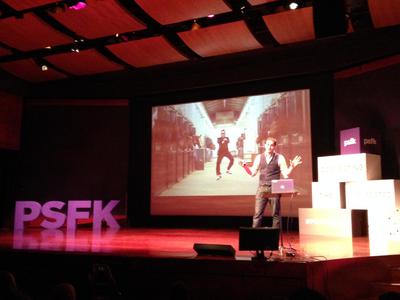 This year’s PSFK conference, “Connecting the Unexpected,” was a gathering of creative thinkers, media strategists and young innovators. The major themes my mind gravitated towards: consulting with brands on digital innovation (as founder and CEO of mkThinkTank); physical/digital connectivity; crowdsourcing as a method of innovation; and the complex impact of digital content. The world around us is becoming “smarter” every day. Speaker Billie Whitehouse, co-founder of Wearable Experiments, share 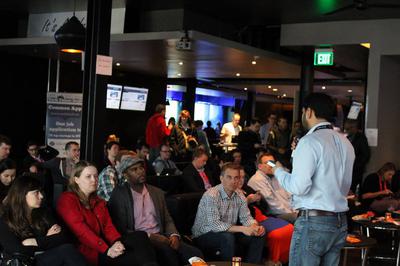 These Are the New York Companies that Killed It at SXSW

NYC invaded Austin, TX at SXSW Interactive and at the NY Tech Meetup event on Saturday, March 8th, where our home-grown startups demoed their products for the global tech community to see. As a member of the NYC tech community myself, I recognized quite a few of the prominent faces in the room that made it a great event for those who wanted an authentic taste of the NYC tech scene. Present  were the leading men of Fueled, Social Media Week and Startup Threads, in addition to representatives from 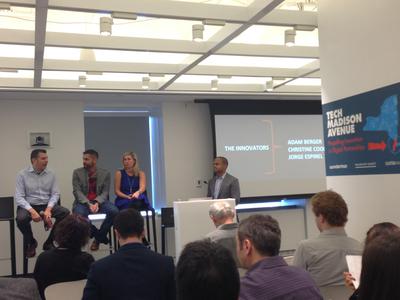 Tech Madison Avenue: A Meeting of the Marketing and Startup Minds

There’s a new buzz making its way through the streets of New York. The advertising world is beginning to turn its attention to the tech startup scene, especially in this city where ad agencies and marketing headquarters abound in the soaring skyscrapers citywide. One such spotlight event where these two worlds came together was at ‘Tech Madison Avenue,’ hosted by TalkNYC. “The magic happens when Madison Avenue and Silicon Alley come together to iterate on use cases,” said Deborah Estrin, Profes
Close ✕